Board of Deputies Rosh Hashanah Message 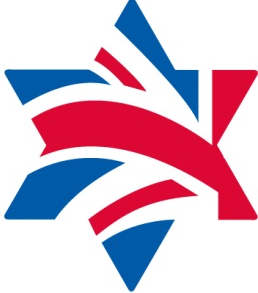 For the past two years this message has focused on a pandemic which took our loved ones from us, destroyed incomes and tore families apart. Mercifully, the worst appears to have passed but, despite this, life for many of us has not been easy this year. The cost of living has spiralled out of control, with energy prices and household bills at a higher level than any of us can remember. Like the Covid epidemic which preceded it, there is not a huge amount any of us can do to change the situation as individuals. However, as a community, what we saw during Covid was a wonderful willingness to help our friends and neighbours, the elderly and the less able among us. This spirit is just what we need now when so many people are experiencing so much hardship. I hope and trust that we are all doing everything we can to help those in need.

Of course, we don’t need to be reminded that there are millions suffering in Ukraine, as Russia continues its senseless aggression there. We continue to both be inspired by the resolve of the Ukrainian people, and to pray for peace. I urge all those who are able to donate towards the charities collecting on behalf of the victims of this terrible conflict.

On a happier note, this summer we celebrate the second anniversary of the Abraham Accords which brought together Israel, the United Arab Emirates, Bahrain and Morocco in a landmark agreement which has sparked new hope in the Middle East and the prospect of a peaceful future to the region. Sadly, not all parties have bought into the spirit of reconciliation which is why we campaigned hard for the UK Government to ban Hamas in its entirety and were delighted with the legislation which means that the organisation is no longer able to lobby for support in this country.

Over the past 12 months, we have advocated for the small but vibrant Belfast community which found itself struggling for its very existence after the Northern Ireland Protocol cut off its supply of kosher food.

When local, regional and Devolved Assembly Elections took place, we ensured that every candidate had access to a copy of our Jewish Manifestos, which outlined all of the key areas of interest and concern for Jewish communities across the country. And online, thanks to Board of Deputies campaigning, the Government wrote to social media companies asking for the adoption of the International Holocaust Remembrance Alliance (IHRA) definition of antisemitism so that racists will no longer be able to harass Jewish users with impunity.

Recent weather events have highlighted the importance of action against climate change. We have been working with our partner organisation EcoSynagogue to make a difference within our community and were out in force at the COP26 summit last November.

We are also working to facilitate the implementation of the ground-breaking Commission on Racial Inclusivity in the Jewish Community, which considered 17 areas of Jewish communal life and made 119 recommendations. We provide official inspection of religious education in Jewish schools through the Pikuach organisation and our team monitors and protects our religious freedoms.

The Board of Deputies is here to help and support Jews across the UK, whatever their interests and concerns.

I wish everyone a Shana Tovah and a happy year ahead.

We were delighted to hold our Israel Charity Fundraising Dinner in person for the first time since 2019. In a year where the three charities we support have been hit extremely hard, we were delighted to raise a record amount for them.

For information on the charities click on their names – Jaffa Institute, Yemin Orde & ASSAF. 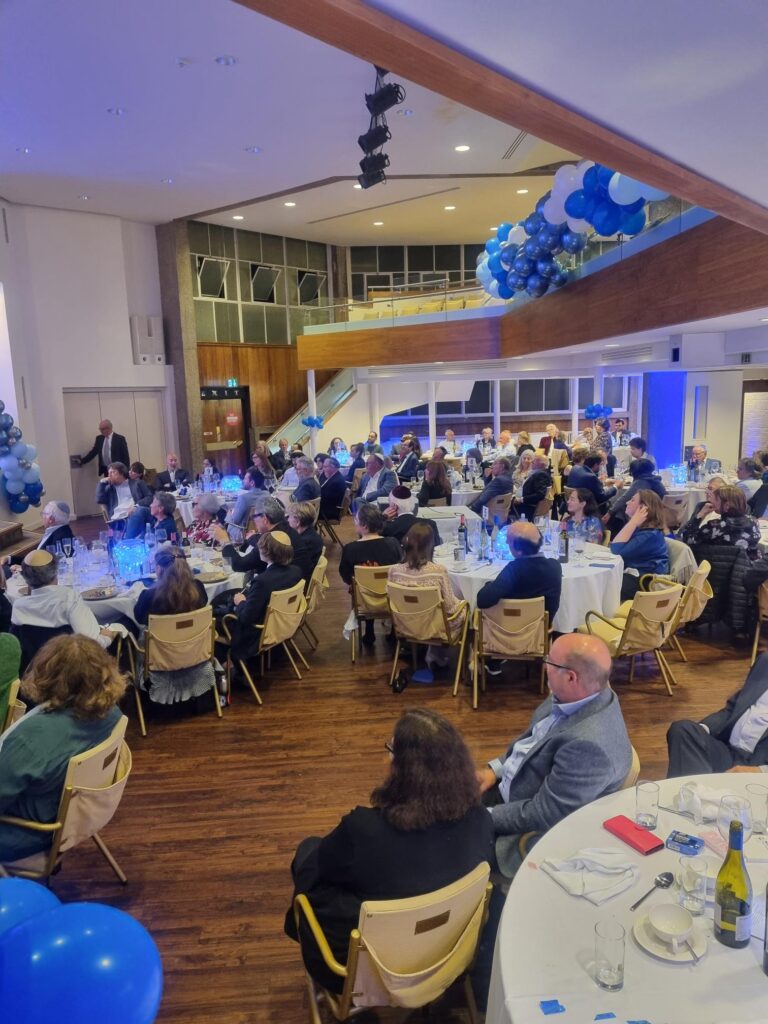 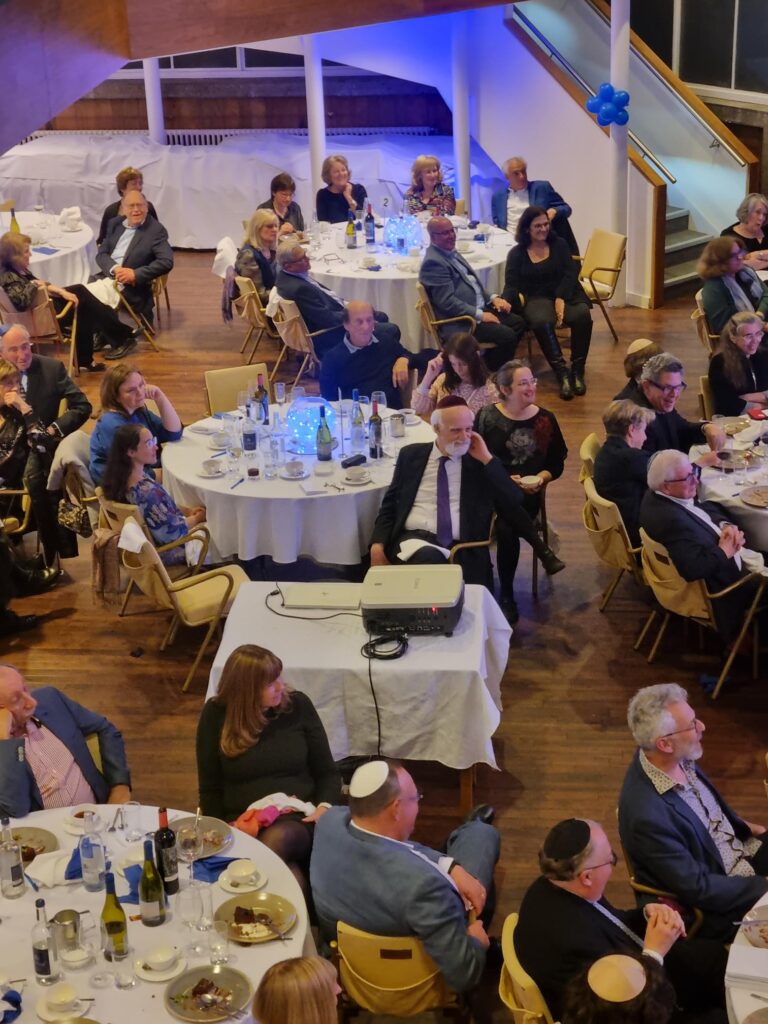 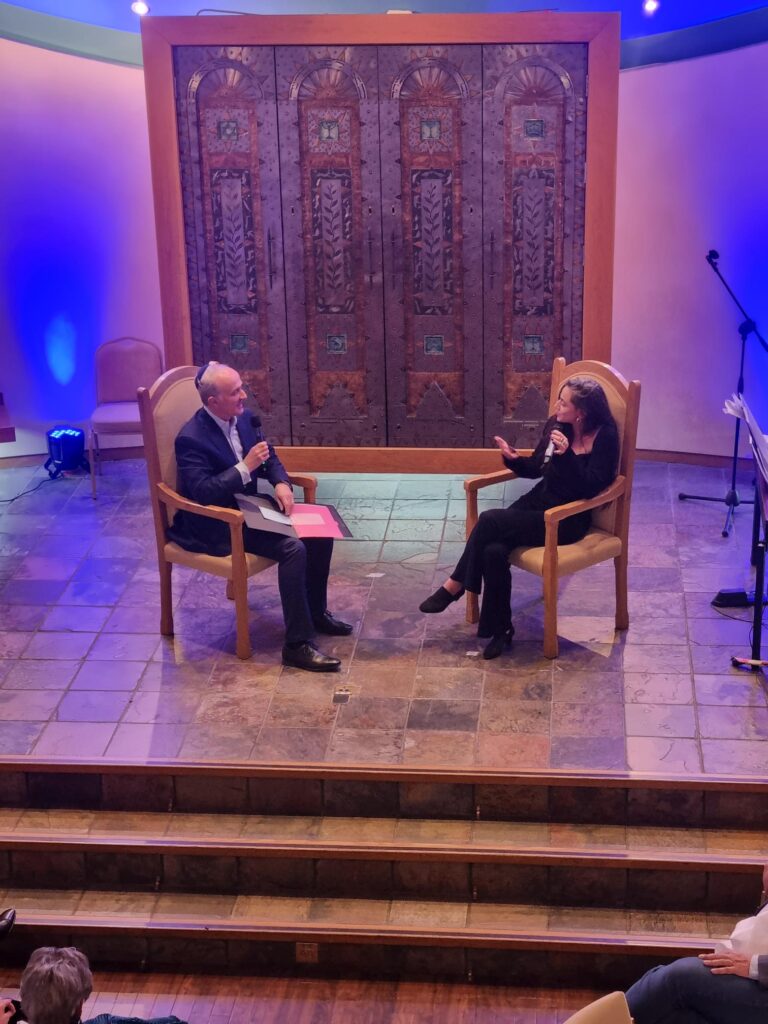 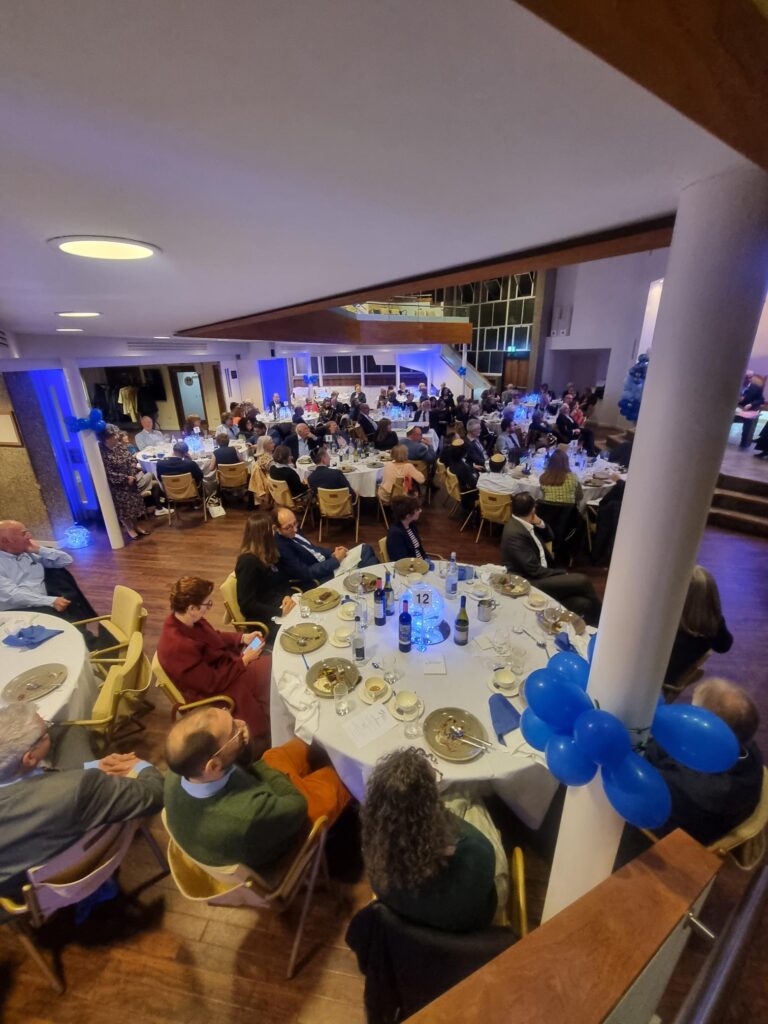 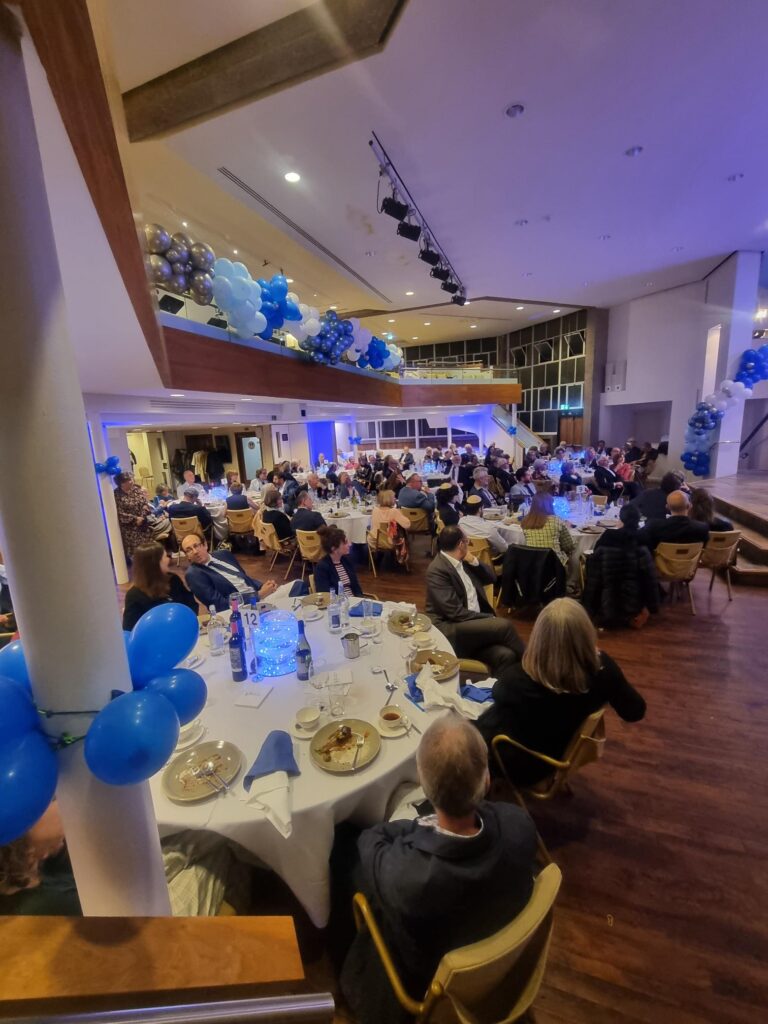 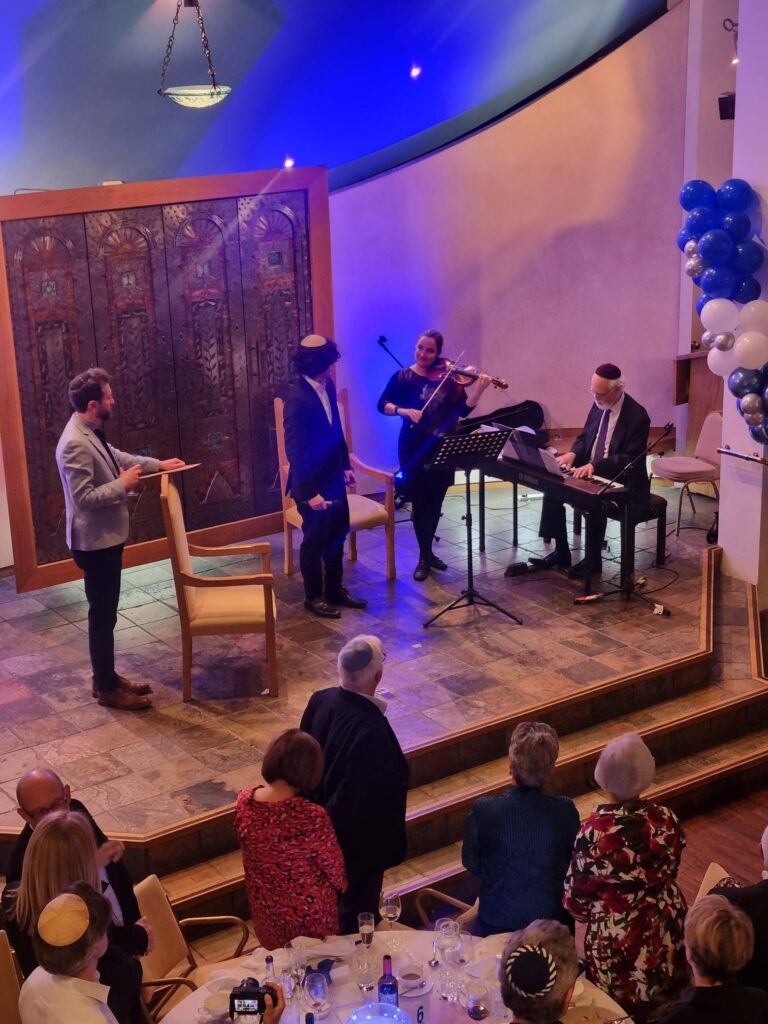 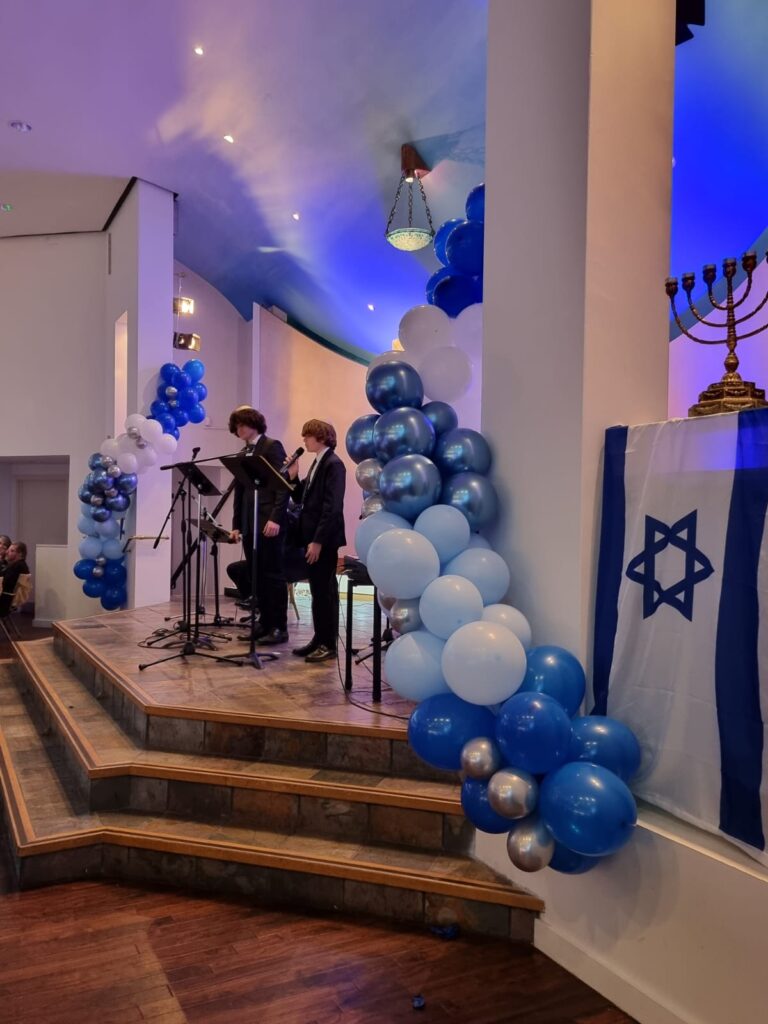 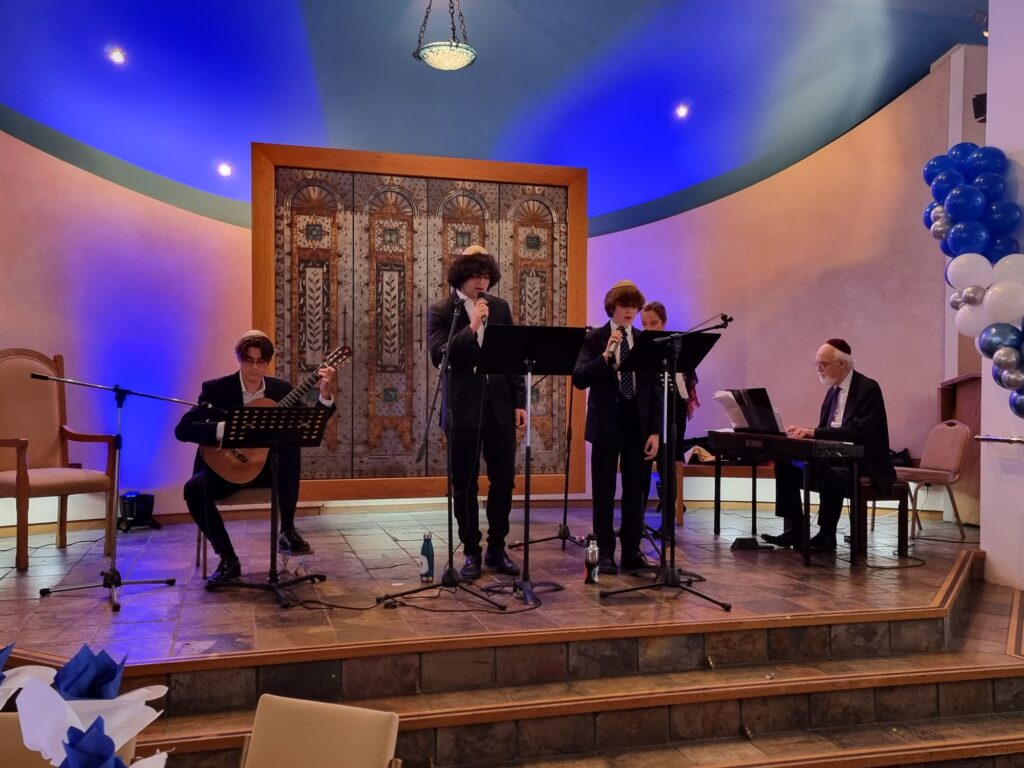 Action for Ukraine and for refugees

The unfolding horrors in the Ukraine have stirred the Jewish community, including our own, to action, to raise funds and to volunteer to sponsor refugees under the government’s Homes for Ukraine scheme. The Jewish Board of Deputies has a dedicated page on its website with concrete actions that people can take to help assist with humanitarian relief efforts on the ground in Ukraine, in neighbouring countries and right here at home. You can find out more at bod.org.uk/ukraine.

The Board of Deputies’ bi-monthly meeting on 20 March was addressed by Melinda Simmons, the UK Ambassador to the Ukraine, who is a member of Finchley Reform Synagogue, and Maurice Helfgott, Chair of World Jewish Relief. This was one of the most moving Board meetings in which I’ve participated. You can hear and see the speakers on Youtube at https://www.youtube.com/watch?v=JIGL6fxo-wI – they start at 19 minutes into the recording.

The Board of Deputies has also been tracking the progress of the Nationality and Borders Bill through Parliament. The Board has expressed its concerns about a number of elements of this legislation, which puts the UK outside the standards of international law, including the 1951 Refugee Convention. The Board has been working with the René Cassin charity, the Jewish voice for human rights (renecassin.org/). The Board urges synagogue members to write to their MPs to show the extent of feeling in the Jewish community about the situation in the Ukraine and about the threats to the rights of refugees. A template letter to MPs by the Board and René Cassin that you can use or adapt is available here: https://synagogue.org.uk/wp-content/uploads/2022/03/UkraineRefugeesMPTemplateLetter.docx.

As members of a Synagogue founded by refugees, I am sure that you will appreciate the need and the importance for us to speak out.

Belsize Square Synagogue is represented on the Board of Deputies of British Jews by Deborah Cohen together with Peter Strauss and Dilys Tausz.

On Thursday 5 May residents will be going to the polls to vote on who they want to run their council. On Tuesday 5 April at 7:30pm, JW3 will be hosting a Jewish Community Hustings for this election in partnership with the London Jewish Forum, Board of Deputies, Jewish Leadership Council and Jewish News.

Hear the current Labour Leader of Camden Council, Cllr Georgia Gould, battle it out for your vote with Cllr Oliver Cooper, Leader of the Camden Conservatives, Sian Berry, Leader of the Camden Green Party, and a representative from the Liberal Democrats. These Jewish community hustings will be chaired by Amanda Bowman, vice-President of the Board of Deputies of British Jews.

Registration is essential and can be booked at the following link https://www.jw3.org.uk/whats-on/camden-hustings”

If you are not a Camden resident but want to find details of your nearest Jewish Community Hustings then you can do so here – www.thejlc.org/ljfhusting2022

Board of Deputies Passover Message

Passover is the Jewish festival of freedom and this year’s celebration will be an especially poignant one as families will be at liberty to celebrate their seder without any lockdown restrictions for the first time since 2019. More than 1,000 from the UK Jewish community have died from Covid-19 and we will be thinking of them this Pesach. It is my earnest hope that we will be soon able to create a proper memorial to those who died.

We also pray for the freedom and safety of those in danger in Ukraine. This senseless Russian aggression flies in the face of justice and decency. We continue to both be inspired by the resolve of the Ukrainian people, and to pray for peace. I urge all those who are able to donate towards the charities collecting on behalf of the victims of this terrible conflict.

We have had a number of significant achievements this year. The Board has been campaigning long and hard for the proscription of Hamas in its entirety as a terrorist organisation and in 2021 we were very happy that the Government legislated to ban its so-called political wing, meaning it can no longer lobby for support in this country.

Many of you will have been distressed by the BBC actions following the antisemitic attack on teenagers celebrating Chanukah on a bus in central London last November. We supplied forensic evidence which conclusively refuted BBC reports that there had been anti-Muslim abuse coming from the bus. The BBC’s Executive Complaints Unit agreed with us that the BBC did not meet standards of due accuracy and impartiality. We are now working to supply evidence to a new Ofcom investigation into BBC handling of the incident.

We have been focusing on the issue of online hate which is the new frontline against antisemitism. Thanks to Board of Deputies campaigning, the Government wrote to social media companies asking for the adoption of the International Holocaust Remembrance Alliance (IHRA) definition of antisemitism so that so that racists will no longer be able to harass Jewish users with impunity.

The work of the Board of Deputies is so wide and diverse that it is impossible to mention everything in a short message. To give a few examples, we have provided support for Chinese Uyghurs who have been cruelly persecuted in their home country. We are working in the community to facilitate the implementation of the groundbreaking Commission on Racial Inclusivity in the Jewish Community which considered 17 areas of Jewish communal life and made 119 recommendations. And working with our partner organisation EcoSynagogue, we were out in force at the COP26 summit in November.

In addition, we provide official inspection of religious education in Jewish schools through the Pikuach organisation and our team monitors and protects our religious freedoms. Whatever your interests or concerns as a Jew, the Board of Deputies is here for you.

Adam Ma’anit, Digital Communications Officer at the Board of Deputies, wrote to the synagogue to update the community about their work on the BBC’s false allegations against Jewish victims of an anti-Semitic attack.

I am writing to inform you of certain actions that the Board has taken with regard to the BBC’s misreporting of an antisemitic incident on the second night of Chanukah in London. You may recall that videos circulated of a bus full of Jewish people attacked on Oxford Street on the night of November 29th. The BBC subsequently claimed that “anti-Muslim slurs” could be heard coming from the bus, and even hypothesized that those carrying out the antisemitic attack might have been provoked into doing so by the Jewish people themselves. The Corporation subsequently stated that only one “anti-Muslim slur” could be heard coming from the bus. Despite mounting evidence that no such slurs were made at all, the BBC has refused to further change its story, despite the significant further distress this has caused to the victims of the antisemitic bus attack.

A key part of our work involves promoting and defending the interests of our community, and we believe this is a prime example of our efforts in this regard. We will continue to update you with further reports on this issue in the coming period.

We were delighted to welcome back the AJR for their annual Kristallnacht Service last week. Rabbi Botnick and Cantor Heller were honoured to lead the Service and our very own Peter Summerfield was one of the guest speakers.

Here is a selection of photos from the event. Photos by Adam Soller Corporate Photography. 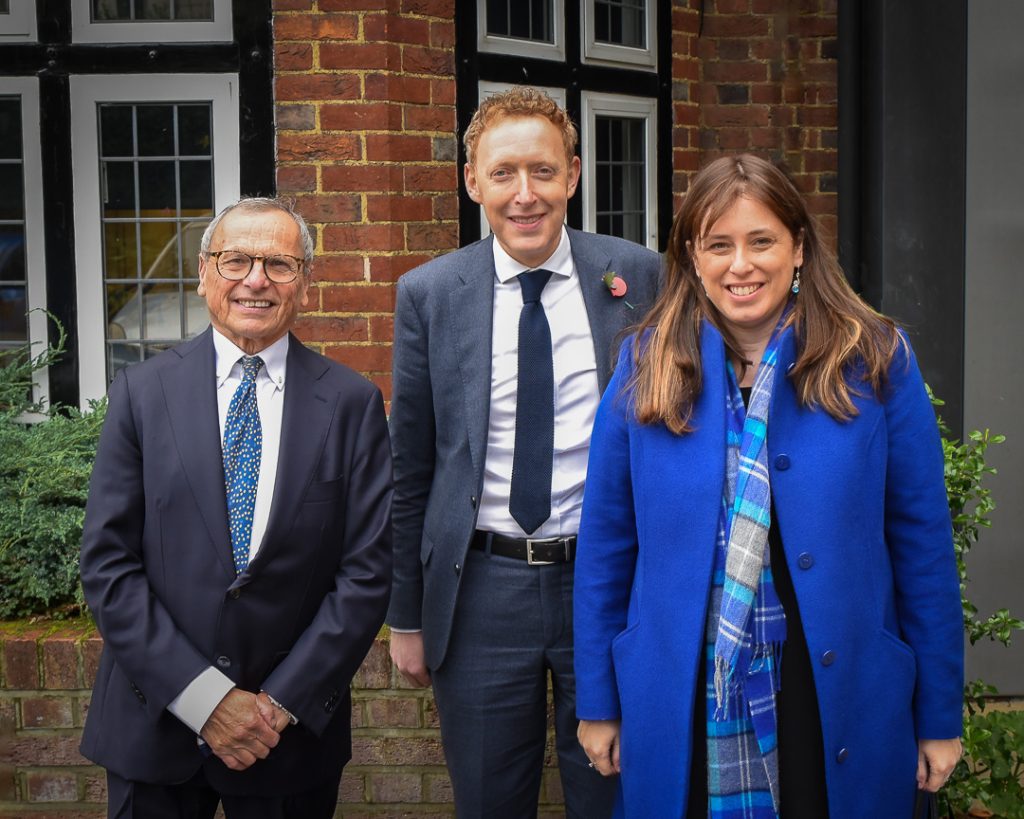 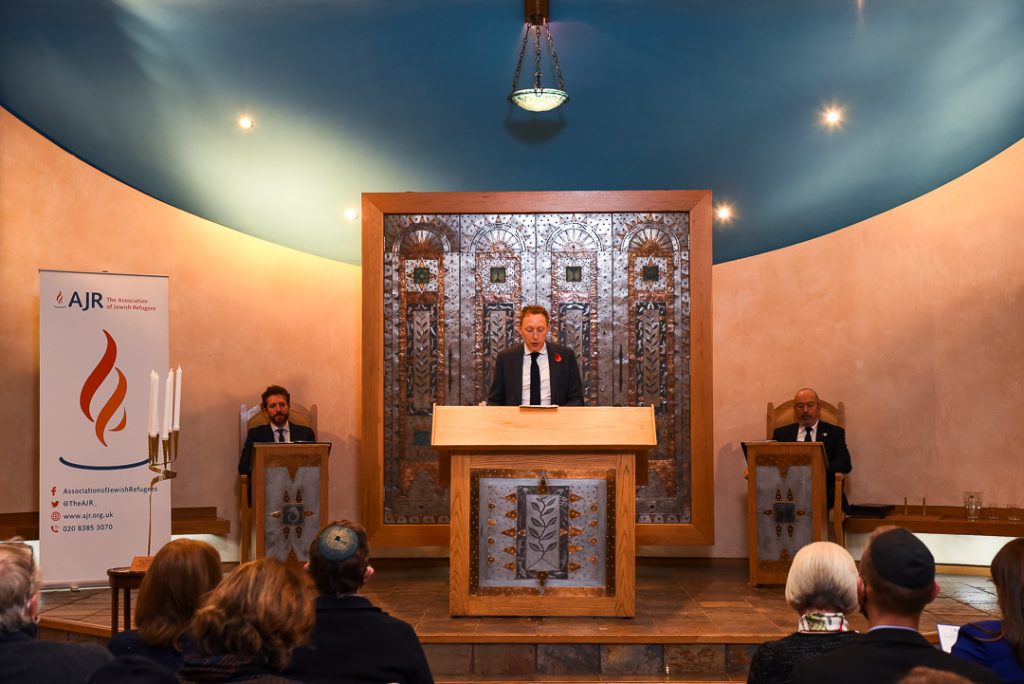 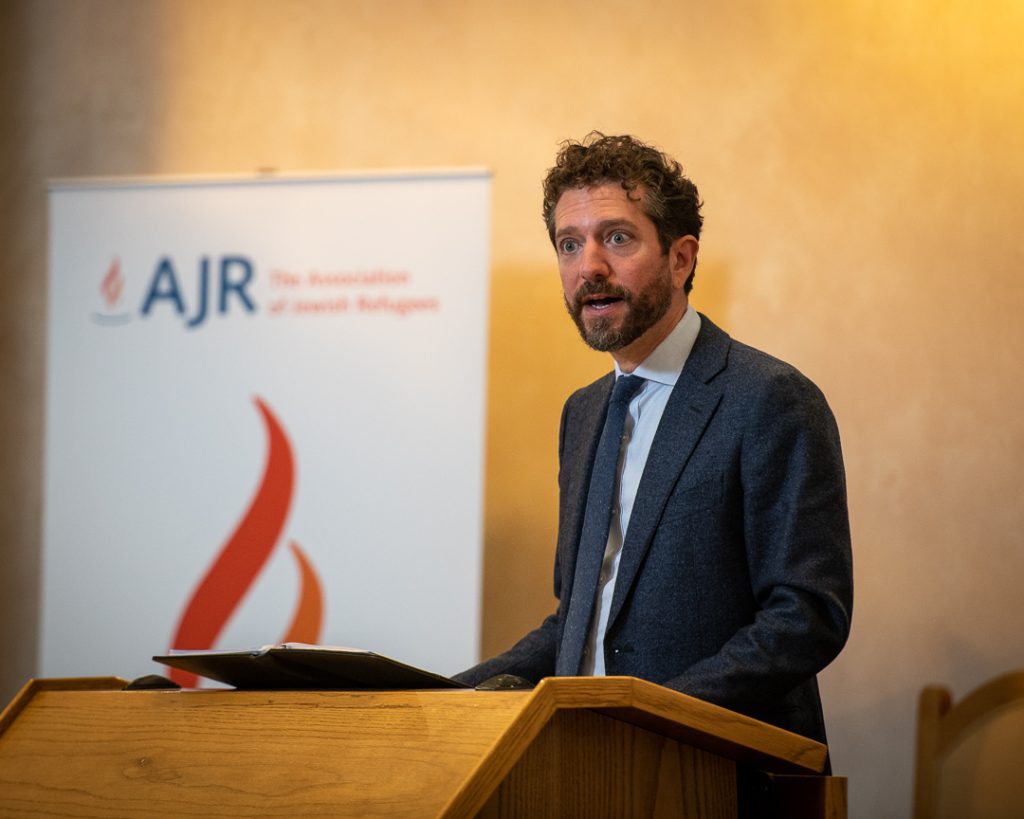 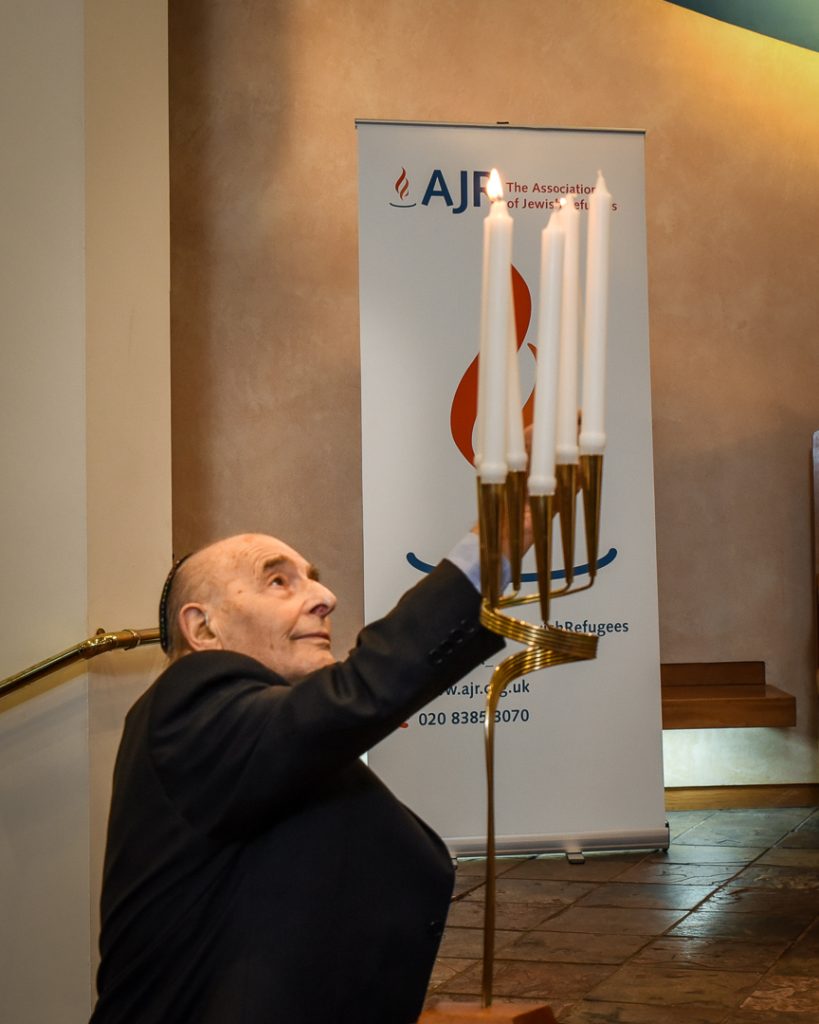 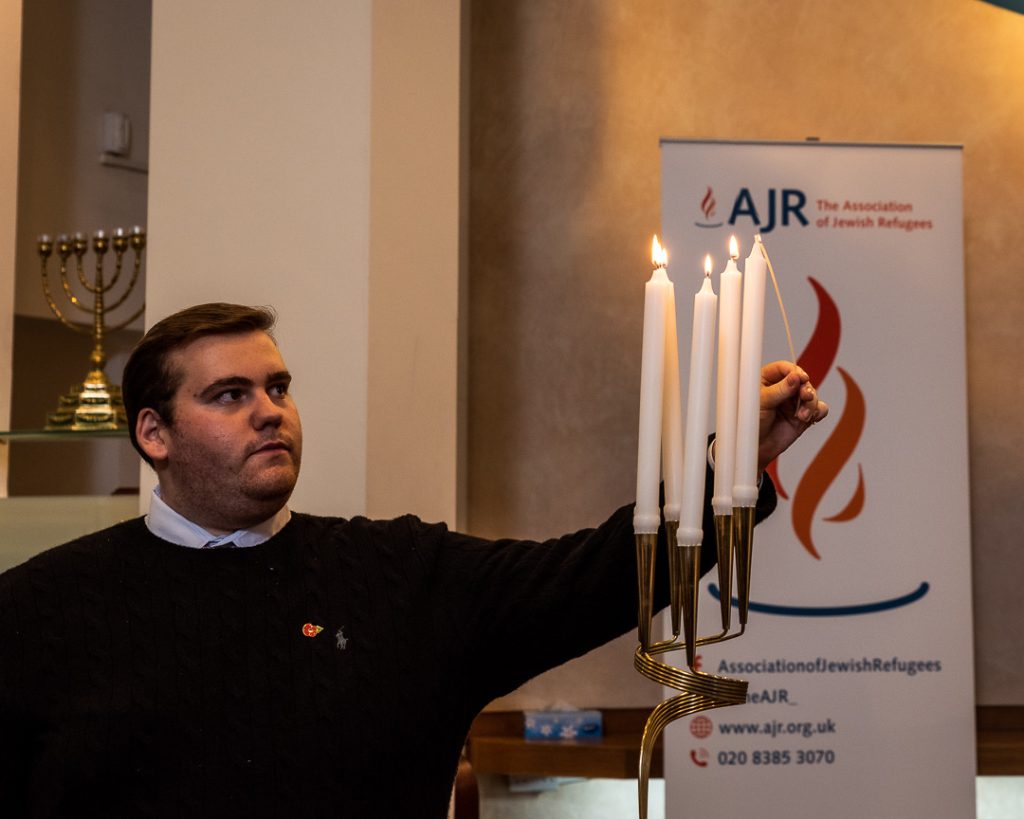 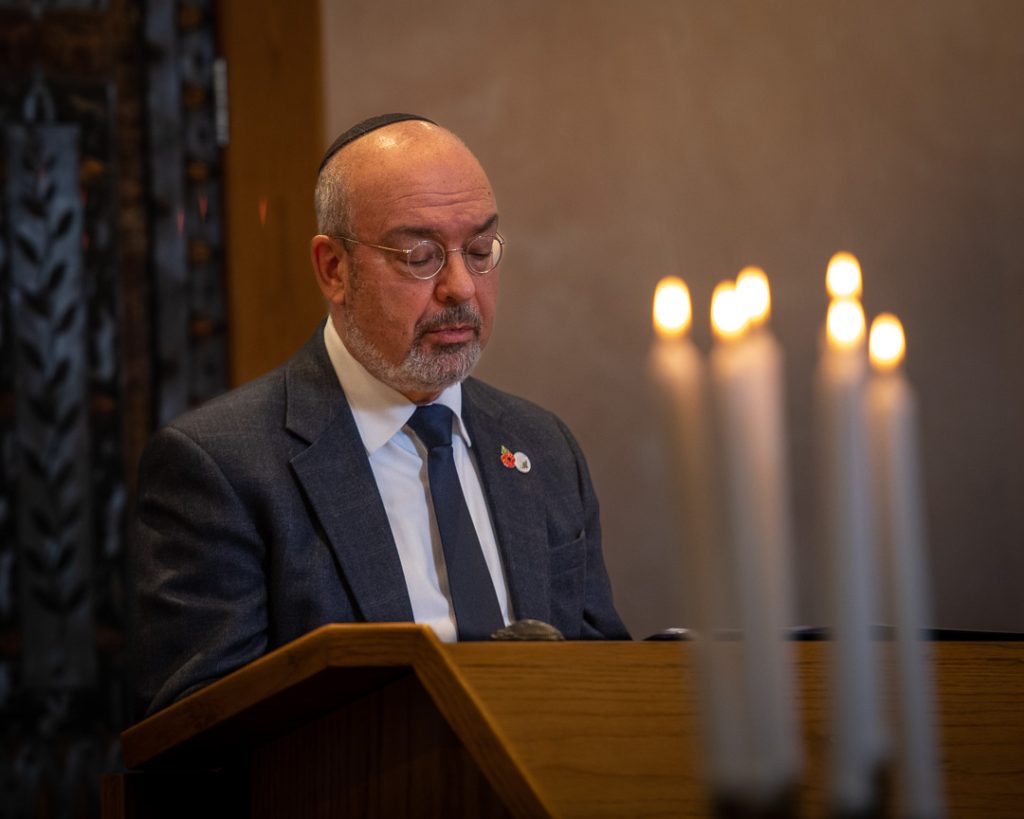 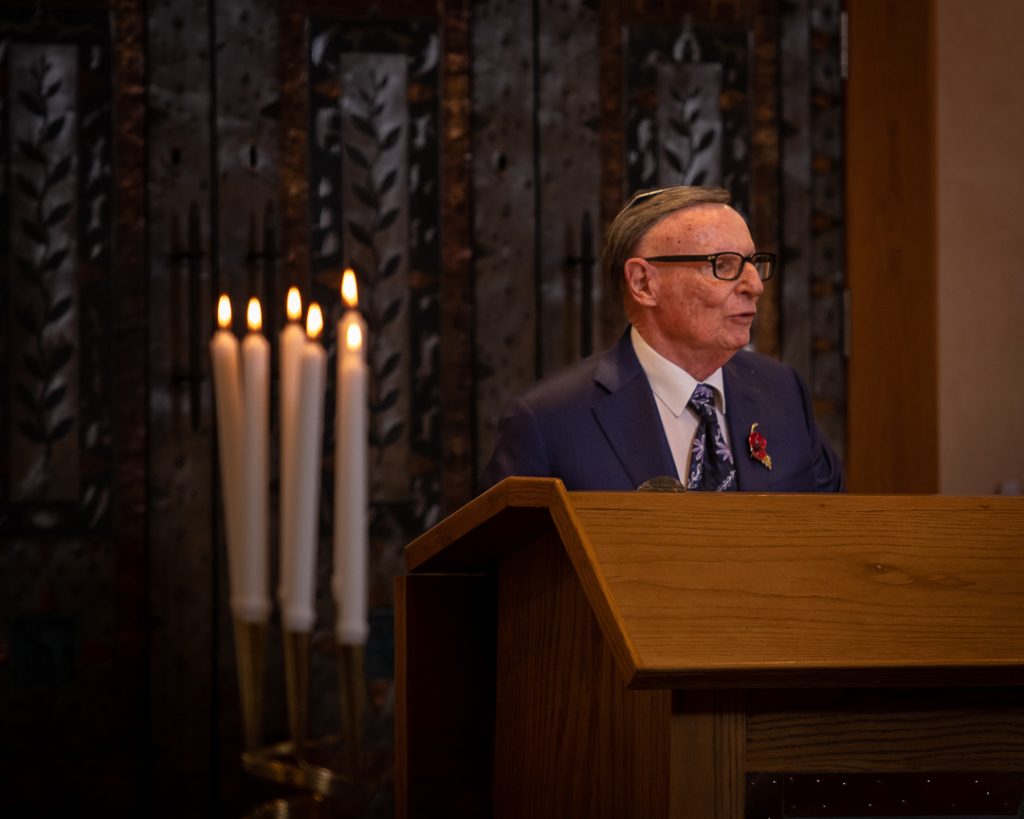 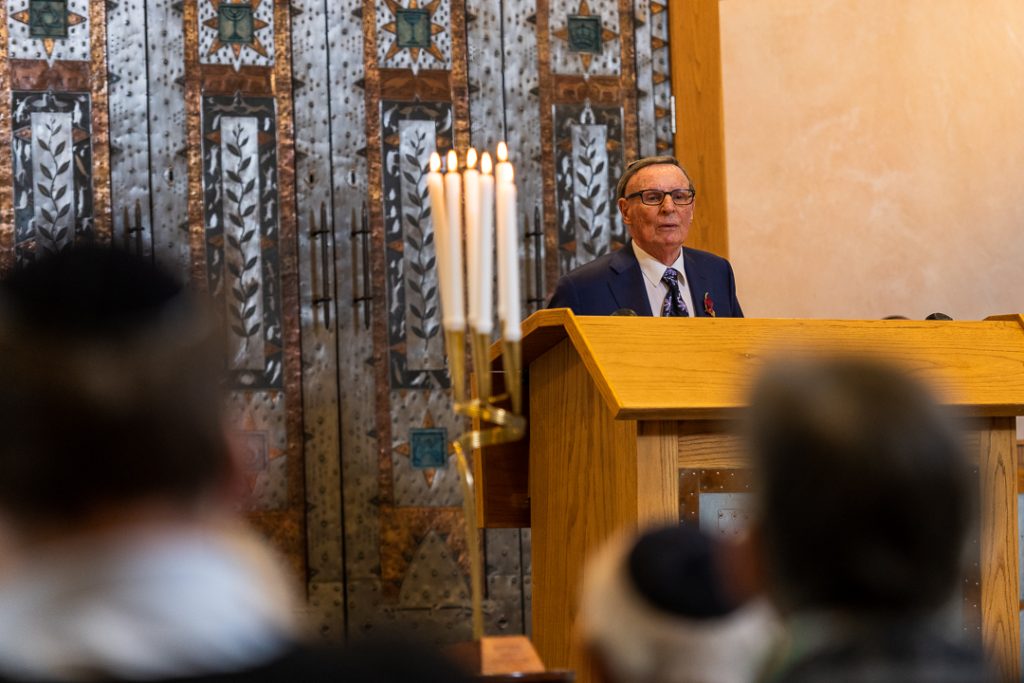 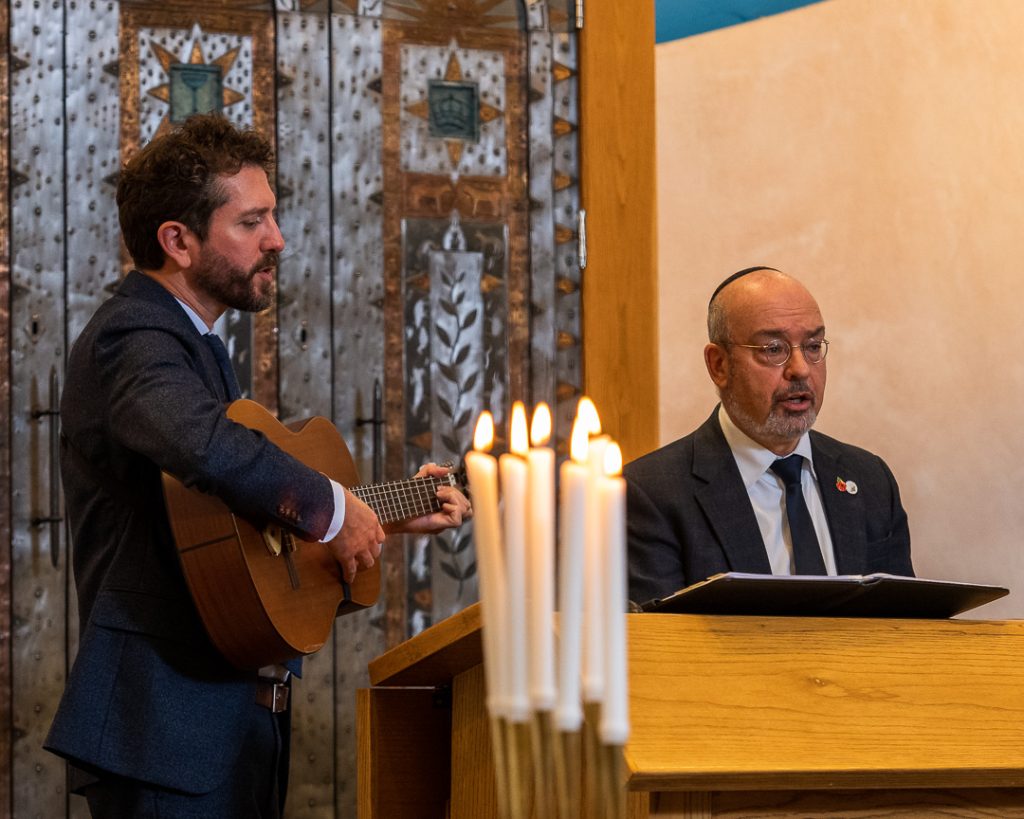 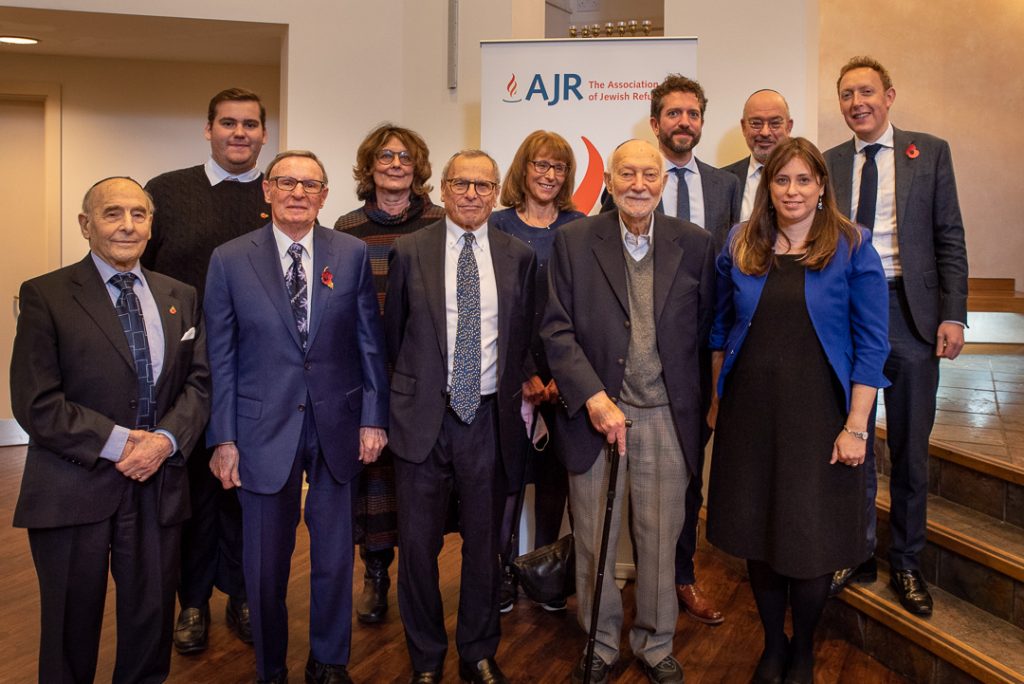 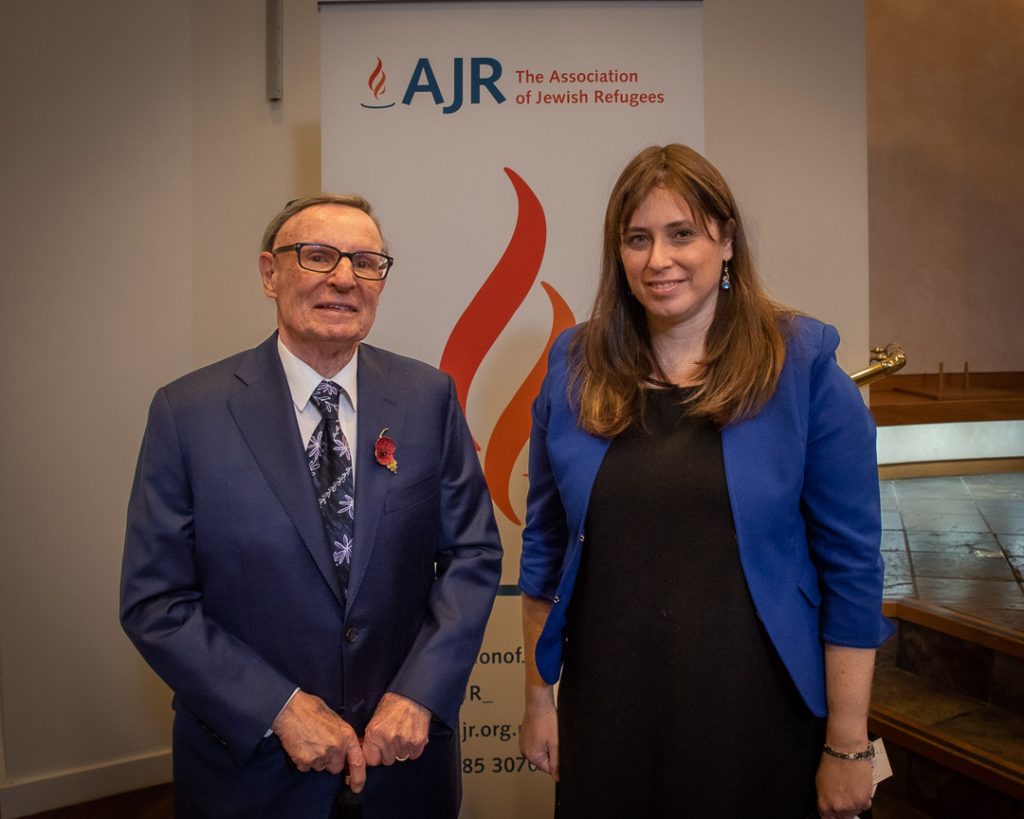