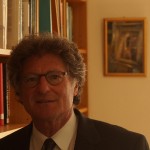 Celebrating Purim and our 75th anniversary

This month, Adar II, we will celebrate  Purim, reading the Book of Esther’s story of the Jews’ deliverance from destruction during the Persian Empire. Behind the almost fairy tale narrative is a serious account of a historical reality that has, unfortunately, repeated itself all too often in Jewish history.

We know that the Jews of the Persian Empire were a secure community, free to practise their religion and keep their laws as an integral part of Persian society. The two outstanding leaders of the return of the Jews to Jerusalem and rebuilding of the Jewish community in Judea were high-ranking Jews in the Persian government, Ezra and Nehemiah. We know of no other occurrence of Jew-hatred during this period, approximately 536-332 BCE (Persia’s defeat by Alexander the Great and the ensuing domination of Hellenism) other than this disturbing account.

Unfortunately, the same intrusion into the stability of Jewish life was experienced by Jews in Germany during the 20th century. Life was good. Jews were well integrated into society, free to practise their religion and form their own organisations. And then suddenly, dormant prejudice dating back to mediaeval times was reignited by 19th-century anti-Semitism, racism, and unbridled German nationalism. Jews, to their surprise, found themselves no longer welcome in Germany.

Those fortunate enough to leave, many by Kindertransport to England, were able to lay down new roots in a new land. Belsize Square Synagogue is living testimony to the resolve of German Jewry to continue Jewish life, no matter the burden or sacrifice. And so, on March 24, 1939, at 8.30pm in the Montefiore Hall, adjacent to the Liberal Jewish Synagogue — directly opposite Lords Cricket Ground — a service was conducted for our still nameless congregation.

Such was the start of today’s Belsize Square Synagogue. The notice circulated to members of what was then a Friendship Club announced a service starting at 8.30 pm. It was to last an hour, with prayers in English and German (no mention of Hebrew). Singing was to be led by a Cantor with organ accompaniment. In the event, the familiar music unleashed an emotional outpouring and a conviction to stay true to the German-Jewish heritage. The date was the 5th day of Nisan, 5699,  just 10 days before Pesach, an ominous reminder of the gap between the story of Passover freedom and the horrors that lay ahead.

I do not need to remind any member of this congregation that the determination that day to continue Jewish life in the aftermath of Kristallnacht, and just months before the start of war and the full disaster of the Shoah, is a powerful incentive to us all to cherish what this synagogue and community means to us and the wider Jewish world: NO to evil, YES to Jewish life and its eternity, YES to planting seeds for future generations of Jews, and YES to life over death.

Therefore, on the Shabbat weekend of March 21-22 our congregation will celebrate its 75th anniversary here in our beautiful home, when our Shabbat services we will be blessed by the presence of my esteemed teacher, Rabbi Dr Ismar Schorsch. Rabbi Schorsch is considered by many to be the pre-eminent scholar and authority of German-Jewish history. He has written tracts, essays, scholarly journals and books on German-Jewish history.

He served as Chancellor of the Jewish Theological Seminary for 18 years, and is currently the Rabbi Herman Abramovitz Professor of Jewish History at JTS. He was ordained at JTS in 1962, holds master’s degrees from JTS and Columbia University, and was awarded a PhD in Jewish history in 1969.

The Schorsch family left Hanover, where Ismar was born and where his father, Emil, was a prominent rabbi, to go to the United States in 1939. Rabbi Schorsch will be here with his wife, Sally. They have three children and 10 grandchildren.

He will address the congregation during the gala Shabbat dinner after our Friday evening service and again on Shabbat morning. Following an extraordinary Kiddush lunch, he will give his shiur on the second Mishnah of the first chapter of the tractate on Rosh Hashanah. Rabbis have been ringing to ask if they can join us.

He will also lecture at JW3 on Monday, March 24 at 7pm (£8 charge), and the New North London Synagogue on March 25 at 8pm (£10 charge). A limited number of copies of From Canon to Closure, his extraordinary collection of Torah commentary, will be on sale in the synagogue office, price £18. All proceeds to JTS.

So, please come to celebrate Purim and our 75th anniversary. This weekend was made possible by some very generous “angels” in our congregation. I cannot thank them enough for their gracious gifts to ensure that this weekend is a glory in the extraordinary history of Belsize Square Synagogue.

May the Almighty continue to give us strength, vision, blessing and peace in cherishing our sacred past whilst building for a glorious future so that we may continue our mission to enhance and beautify the eternity of our Torah, for us, the Jewish people and the world at large.

This entry was posted in Rabbi's Message on February 28, 2014 by admin.